The Difference Between a Recession and a Housing Crash 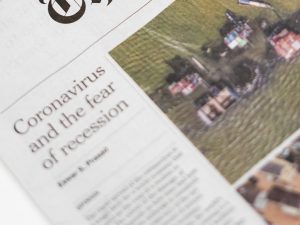 For many homeowners, the word Recession is practically synonymous with the 2008 mortgage meltdown. It brings to mind neighborhoods filled with For Sale signs and a massive foreclosure crisis. However, this is an artificial association based on recent history. If we take the long view of the economy, Recessions are generally no more likely to create significant housing downturns than any other movement in the economy.

What Is a Recession?

In general, an economic Recession is defined as a period of economic decline with a fall in the Gross Domestic Product (GDP) in two consecutive quarters. This is as contrasted with a Depression, which is a Recession that goes on for years and can involve an extreme, double-digit GDP decline.

Of course, our current economic downturn has been largely voluntary and is the result of the COVID-19 pandemic. This economic shutdown is unprecedented precisely because it is not primarily the result of market forces—and its resolution won’t be, either.

While economic activity is set to return to normal in some states with the relaxation of stay-at-home orders, a new round of COVID-19-related quarantines could come along again at any time. For many analysts, in fact, only an effective vaccine will put an end to the uncertainty presented by the pandemic.

Economic downturns can, of course, result in market factors that stress the housing market, from increased unemployment to decreased demand as families decide to stay put and ride out the financial decline. However, historically there is little positive correlation between Recessions and a decline in housing prices.

Looking at housing prices during the same time periods, you see the following changes:

While small declines in housing prices generally occur during a Recession, with the exception of 2001, in most cases the declines are so small that they can be easily explained as part of the normal pattern of market fluctuations that are occurring all of the time.

Breaking these numbers down even further by month, the 1990-91 Recession, which includes the largest drop in home prices until 2007-09, occurred during a nine month period from July to March, traditionally the slowest time of year in most markets.

In contrast to the perceived association between Recession and home prices, the 2001 Recession saw home prices jump by 4.4% during the same period, even with the simultaneous upheaval experienced in the aftermath of the 9/11 terrorist attacks.

For a variety of reasons, the Recession of 2007-2009 was fundamentally different, primarily because it was centered in real estate-related markets. Because the underlying causes of the downturn were based in the housing sector, home prices were disproportionately affected.

Here are a few of the factors that gave the 2008 Recession such an outsized impact on home prices:

Regulations introduced since 2008 have gone a long way to ensuring that banks are properly capitalized, and government entities like the Federal Reserve, Fannie Mae, and Freddie Mac have been proactive this time in ensuring that if and when a Recession manifests itself, the tools are in place to cushion the blow to the housing market and provide for a quick recovery.

What to Expect from a 2020 Recession.

According to most economists, circumstances favor a quick economic recovery once COVID-19 restrictions are lifted. Because restrictions differ from state to state and even city to city, we may not see as much nationwide upheaval as we saw in 2020. That means that housing markets may be only marginally affected, just as in previous Recessions.

In addition, as 2008 taught us, investors may well see any decrease in home prices as an opportunity to buy, buoying any short-term market slowdowns and keeping inventory moving. New construction fell by more than 22% in March, so returning demand should be centered on the resale market, keeping prices steady.

Finally, post-COVID-19 housing may well be fueled by the lessons homeowners have learned during the quarantine period. Expect an increase in demand for homes with smart upgrades, in-law suites, or guest houses. In addition, many homeowners may find that they previously downsized too far, and may be ready to move back up to larger homes in order to accommodate elderly family members or adult children who have moved home.

CHRISTY MURDOCK EDGAR,  “The Difference Between a Recession and a Housing Crash” American Lifestyle, https://americanlifestylemag.com/real-estate/buying-selling/the-difference-between-a-recession-and-a-housing-crash/